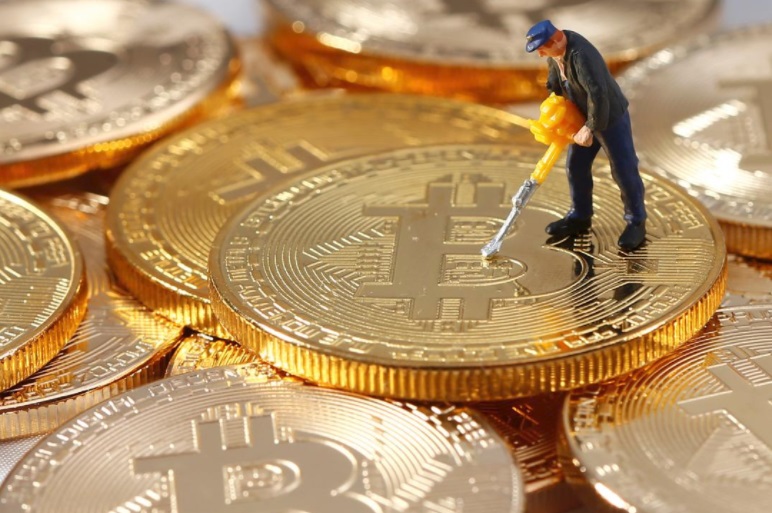 Remember the spectacular 1,375 per cent price rise of Bitcoin late last year, and the equally dramatic fall it experienced in 2018?

Many investors hoping to get into cryptocurrency for some quick riches ended up getting their fingers burned, after the presence of other cryptocurrencies (altcoins) forced Bitcoin’s cryptocurrency market capitalisation to fall from 90 per cent in January 2016 to just 33 per cent share in February 2018.

But according to management consultancy AT Kearney, there could be a plot twist coming up in the Bitcoin story in 2019.

Read also: Everything you need to know about Bitcoin, its origins, and its creator

In its latest Year-Ahead Predictions 2019 report, the firm predicted that cryptocurrencies will begin a “second decade in a state of post-crash consolidation and maturation”.

“By the end of 2019, Bitcoin will reclaim nearly two-thirds of the crypto market capitalization as altcoins lose their luster because of growing risk aversion among cryptocurrency investors,” the report said.

AT Kearney expects financial regulations surrounding cryptocurrencies to soften as authorities target criminal activity that causes price volatility. It also expects the US Securities and Exchange Commission will warm to Bitcoin exchange-traded funds.

“Ironically, for cryptocurrencies to see a third decade, the only viable path forward involves this acceptance by the international financial system that Bitcoin once sought to defeat,” it added.

Released annually, the company’s report predicts significant global events that will occur and trends that will gain momentum in the coming year.

Half of the 10 predictions made in last year’s report for 2018 – including the spike in demand and sales of electric vehicles, and the spread of Islamic State to Southeast Asia and Africa – turned out to be 100 per cent accurate, AT Kearney said.

Aside from the maturing of crypto, other predictions the firm has made for the year 2019 are:

The US–China trade war will intensify

In 2018, US-China relations turned sour when the Trump administration imposed tariffs on US$250 billion of Chinese imports after negotiations failed. Beijing then retaliated with tariffs on US$110 billion of US imports and took steps to create a more restrictive business environment for US companies in China.

In 2019, insufficient progress on key issues is expected to result in higher tariffs on Chinese imports, AT Kearney predicts. China will likely retaliate with increased tariffs on US imports and efforts to offset potential losses for domestic companies, and focus on diversifying its trade and reducing its dependence on the United States.

“Southeast Asian economies will likely benefit from the trade war as US importers shift production and supply chains to avoid tariffs on Chinese goods,” the report said.

The global trash crisis will spur innovations in waste management

The policy shift in the developed world on plastic straws and other single-use plastic items in 2018 have done little to solve the overall challenge represented by plastics and waste management.

According to the World Bank, global annual waste generation will grow 70 per cent between 2016 and 2050. In emerging markets, nearly 90 per cent of waste is either openly burned or illegally dumped, AT Kearney said.

But as the world begins to recognise the need to solve this global trash crisis, innovation in waste management processes will accelerate, it predicts.

In 2019, government initiatives will target trash collection and disposal in emerging markets. At the same time, developed nations will invest in artificial intelligence technologies and robots that can detect and sort items by material type with reduced costs.

New entrants to the waste management industry will also disrupt traditional practices with “smart” trash removal, while science breakthroughs will result in commercial viability of new materials such as a new plastic-like polymer that can be recycled indefinitely.

The global shipping industry will crash into new sulfur regulations

The International Maritime Organisation (IMO) is on the cusp of implementing new sulfur regulations that will have significant implications for the shipping industry, the report said.

AT Kearney expects the global shipping industry to undergo “a disorderly and disruptive transition” to the new environment in 2019.

The implications will go far beyond the shipping industry. Prices for a variety of fuel types – including high and low sulfur bunker fuel, diesel fuel, and jet fuel – will become more volatile.

Ship owners are already sounding the alarm about fuel scarcity and an estimated US$60 billion in additional fuel bills. Some of the largest crude oil tankers could even see a 25 per cent increase in shipping costs, resulting in higher oil and gas prices for consumers, the report added.

This drama will likely continue to unfold in 2020 as well.

The world watched as the friendship between Chinese president Xi Jinping and Russia’s Vladimir Putin blossomed this year. Not only did they make caviar pancakes together, Xi even presented Putin with a “best friend” award.

Thanks to US sanctions on Russia and China’s intensifying trade war with Trump, the two leaders are finding they have a lot of shared strategic interest in counterbalancing American influence, AT Kearney’s report said.

In 2019, both will strengthen their friendship as they are expected to become more vocal critics of US trade policies.

Sino-Russian coordination on North Korea and other global security challenges is also expected to strengthen. The two countries will also collaborate more in the Arctic, where they have already agreed to develop trade routes jointly, the report added.

Read also: Vladimir Putin and Xi Jinping made Russian pancakes with caviar, and the photos are incredible

More than 300 million people suffer from clinical depression or anxiety, costing the global economy US$1 trillion each year.

“To ease this global epidemic, consumers are finding comfort in not only medications, but also a variety of products designed to alleviate their stress and anxiety such as adult coloring books, essential oils, meditation apps, weighted blankets, fidget spinners, and the non-psychoactive cannabis compound cannabidiol (CBD),” AT Kearney said.

“In 2019, there will be a proliferation of such consumer products hitting the shelves, supporting a multibillion-dollar market for treatment of anxiety disorders and depression,” it added.

It also predicts that more products containing CBD as an ingredient will be introduced.

More anxiety and depression therapies will also be developed for the elderly as populations age. “And because access to health services can often be difficult or cost-prohibitive, quick-fix consumer items, regardless of efficacy, will remain the most attractive treatment options for the anxiety epidemic in 2019,” the report said.

Urbanisation and infrastructure development are resulting in a global shortage of sand, the second most extracted natural resource after water.

US prices for cement and concrete rose nearly 70 per cent between 2004 and mid-2018, driven in part by sand-intensive hydraulic fracturing (fracking) in the oil and gas sector, AT Kearney said.

This rising sand demand is having devastating environmental effects, including rapidly intensifying the erosion and degradation of water-based ecosystems around the world.

In 2019, rising sand prices will put financial strain on the construction industry, particularly in emerging and frontier markets. This trend could lead to the slowing or cancellation of some projects, AT Kearney’s report says.

The report also suggests that Singapore, the world’s largest sand importer, could face delay of development projects as a result.

A global crackdown on illegal sand supplies will boost legal sand prices further, exerting pressure on the construction boom in many countries.

As emerging markets experience a worsening credit crisis, AT Kearney predicts that China will not have its debts serviced, and its role as a major creditor to emerging and frontier markets will diminish as it uses its resources to limit the damage to its domestic economy caused by tensions with the United States.

Pressure on emerging markets will also mount as the US Federal Reserve increases interest rates and the dollar strengthens, increasing the cost of repaying foreign currency-denominated loans.

And despite a recovery in the prices of commodities, currency depreciation for many exporters such as Zambia will prevent them from climbing their way out of systemic volatility. “As a result, at least two more countries will join Pakistan in requesting an IMF bailout in 2019,” AT Kearney said.

Africa will be more connected than ever

In particular, the African Continental Free Trade Area (AfCFTA) has the potential to boost intra-African trade by 52 per cent by 2022.

AT Kearney predicts that intra-African cooperation and economic integration will accelerate in 2019 as AfCFTA enters into force. Signatories will include South Africa and Nigeria.

“But while Africa will become more connected than ever in 2019, each of these efforts will require concerted commitments by African Union member states to realise the long-term gains of improved economic connectivity,” the report added.

Real-life “Iron Man” will materialise in the form of exoskeletons

A demonstration by Exoskeleton Technologies at Lockheed Martin.
Reuters

After more than half a century of research and development, exoskeletons are being developed for medical, industrial, and military applications.

In 2019, exoskeletons will become popular across a number of industries, and more manufacturers will follow Ford’s example by introducing and integrating
exoskeletons in their production processes, AT Kearney says.

New technologies such as artificial intelligence will also help address previously difficult design challenges such as functionality, weight, and mobility.

In addition, there will be a growing market for exoskeletal suits designed to support injured or weak muscles and joints – particularly as the large Baby Boomer generation continues to age.

“And as the popularity of exoskeletons grows for physical rehabilitation purposes, new cybernetic treatment centers will be developed in parallel where specialists can safely use exoskeletons on patients,” the report said.