Bitcoin (BTC) prices broke below the $7,000 support level late August 7 to hit lows on Wednesday, August 8 not seen since mid-July, as 99 out of the 100 coins on CoinMarketCap see red.

At press time, BTC was trading around $6,499, down around 8.5 percent on the day and capping a turbulent three weeks in which the largest cryptocurrency gained and lost up to 20 percent. 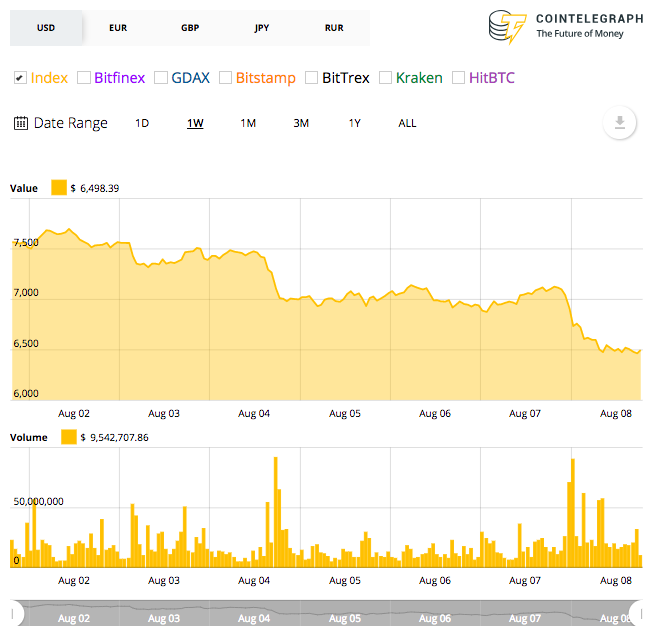 Tuesday’s move below $7,000 means the coin has almost come full circle since it rapidly gained over $1,000 over a two-day period ending on July 17.

While commentators were unclear as to the motive behind the sudden upwards move, Bitcoin prices continued rising throughout the last month, reaching multi-week highs of around $8,450 two weeks later.

In August, despite news of a regulated digital assets platform from Intercontinental Exchange and moves by Goldman Sachs to plan a crypto custody offering, markets began deteriorating, with Bitcoin losing around 15 percent over the past seven days.

The latest lows came hours after U.S. regulators announced they had extended a deadline for approving a Bitcoin exchange-traded fund (ETF) proposal from SolidX and VanEck.

This, sources suggest, triggered a more precipitous price drop, while others such as ex-Morgan Stanley senior executive Caitlin Long argued the increasing adoption of Bitcoin-based products was leading to price suppression, tweeting on August 6,

“We have entered the era of fractional-reserve bitcoin.”

Altcoins have also suffered high losses this week. Ethereum (ETH), having failed to match Bitcoin’s July rise, nonetheless fell harder, sustaining around 10 percent losses on the day as of press time and monthly losses around 35 percent.

ETH is trading around $366 at press time, matching 2018 lows seen in early April. 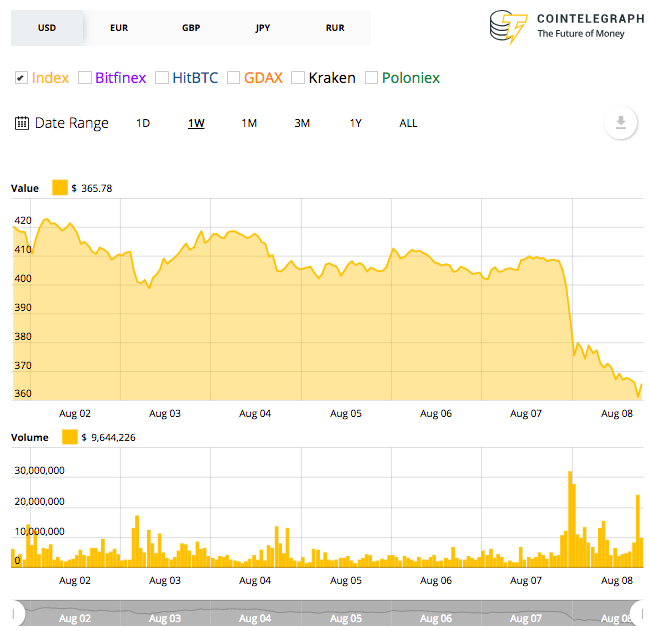 Of the top ten coins listed on CoinMarketCap, IOTA (MIOTA) and EOS have seen the biggest losses, both down over 17 percent over a 24 hour period to press time, and trading at $0.65 and $5.90 respectively.

Total market cap is now at around $229 million by press time, a number last seen in November 2017. 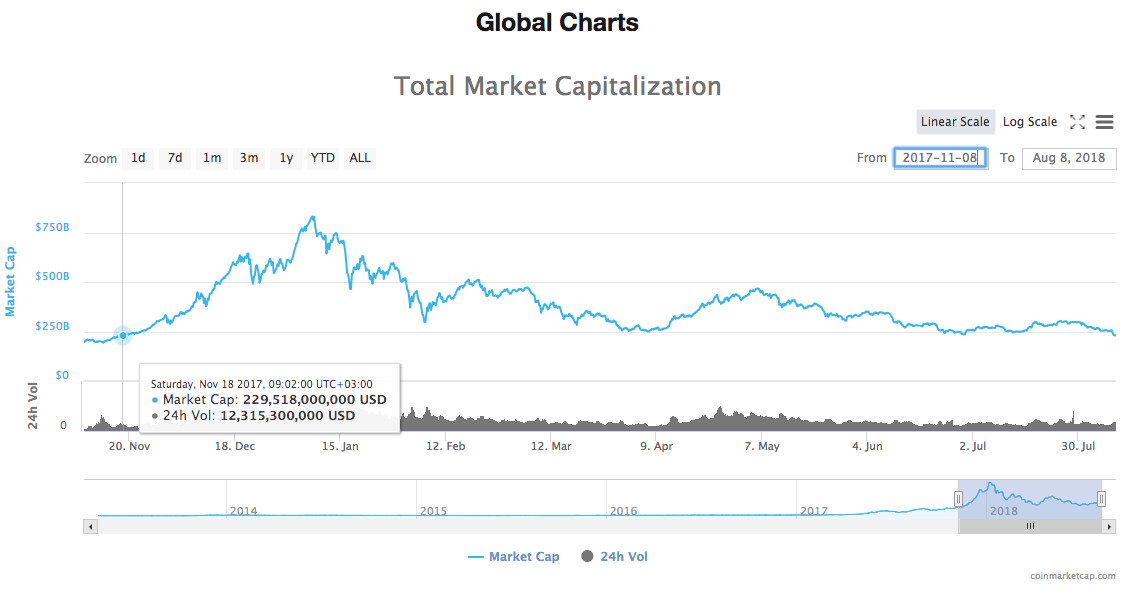 Chart of the total market capitalization of all cryptocurrencies from CoinMarketCap