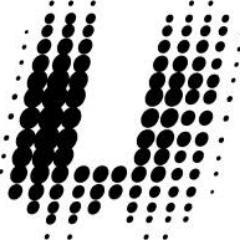 Blockchain real estate startup Ubitquity is introducing a blockchain monitoring solution that allows lenders to be alerted to a lien placed against them.

Headquartered in Delaware, Ubitquity makes a Software-as-a-Service (SaaS) platform using blockchain technology. Its platform enables users to ensure the authenticity of information related to the land or property in question, in particular its current ownership and all the historical transactions.

Called Lien Alert, the new blockchain solution gives lenders a tool to protect their credit and prevent fraud. It is designed to help alert lenders and owners learn about potential fradulent lien filings on property, including legitimate lien filings that a lender would like to know about. Anytime an important document is filed related to a piece of property, the lender and owner get a notice via SMS text and email. Hashes of the alerts are encrypted and stored on the blockchain via Ubitquity’s SaaS platform and API.

“The placement of wrongful, invalid, or fraudulent liens is a growing concern in the United States and Canada,” the company said. “While some wrongful or invalid liens placed against individuals or businesses are due to administrative oversight, outright lien fraud is a new favorite with identity thieves and crooks. An undetected fraudulent lien can cost an individual thousands of dollars to resolve, and, in a worst case scenario, could result in property seizure.”

Nathan Wosnack, Founder and CEO of Ubitquity, believes that the strength of blockchain’s immutable ledger, along with rapid database scanning, as well as industry and government cooperation, is the key to preventing fraud involving liens and identity thefts in the future.

The Lien Alert service is currently accepting pre-sign ups in anticipation of its 2019 release.