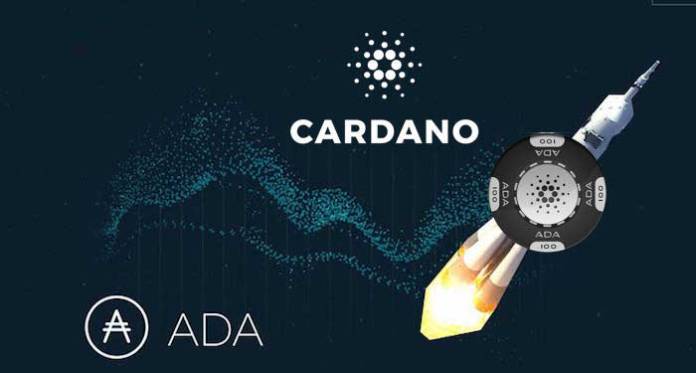 Cardano has displayed an immense growth in the couple of months. It has a credible team and bright future. No scam actions like some other competitors.

Hoskinson expressed his frustration towards the Cardano community, stating that a general lack of direction by the community has greatly hampered the Cardano ecosystem. He added that the absence of a strategic long-term vision, minimal transparency with regard to financial statements, and no internal governance system at the Cardano Foundation have dragged the community-driven project backward.

Despite the brewing tension in the community, Cardano has been able to hold its place among the top 10 coins in the crypto market. The project also has a budding community of believers, whose strength is steadily moving up the map.

Coinbase – Two down, three to go: Is Cardano (ADA) next on Coinbase pro? According to CryptoRecorder, is Cardano headed to Coinbase in Q2 of 2019? On the 13th of July 2018, Coinbase announced that they were considering 5 cryptos for listing. The 5 were Cardano (ADA), 0X, Stellar (XLM), ZCash and Basic attention token (BAT). As per their blog post at the time, these cryptos were only under consideration and were not guaranteed of listing. Here is what Coinbase said at the time.

“Unlike the ongoing process of adding Ethereum Classic, which is technically very similar to Ethereum, these assets will require additional exploratory work and we cannot guarantee they will be listed for trading. Furthermore, our listing process may result in some of these assets being listed solely for customers to buy and sell, without the ability to send or receive using a local wallet. We may also only enable certain ways to interact with these assets through our site, such as supporting only deposits and withdrawals from transparent Zcash addresses. Finally, some of these assets may be offered in other jurisdictions prior to being listed in the US.”

However, from the steps that Coinbase has taken so far, there is a high probability that it could be listing all 5 of them. So far it has listed 0X and Basic Attention Token (BAT). If this sequence continues, then Cardano (ADA), Stellar (XLM) and Zcash could be listed too.

For Cardano (ADA), chances are that Coinbase could list it in Q2 of 2019. That’s because part of what Coinbase looks for in cryptos is decentralization. Cardano has made significant steps towards the Shelley release, which is basically the decentralization of the Cardano blockchain. According to Duncan, the head of engineering at IOHK, they expect to release Shelley by the end of Q1 of 2019. This could be the trigger that Coinbase is waiting for before they can list Cardano (ADA). However, that’s not to say that they can’t list it earlier. Cardano has a live roadmap, which in itself proves that Cardano is moving quite well towards achieving this goal.

If Coinbase decides to list Cardano (ADA) within Q2 of 2019, the price of this crypto could surge by a huge margin, probably bigger than it did in 2017. One of the reasons why it could pump is because Coinbase has proven time and again to have an impact on prices upon listing. All the coins that have listed on Coinbase have pumped. The latest one, BAT, is up by over 14% in a day when the market is still trading sideways. For a coin like Cardano (ADA), which is way bigger than BAT and 0x, the pump could be much bigger.

Besides, the release of Shelley is significant news for Cardano even without Coinbase. It is widely expected that once Shelley is released, Cardano (ADA) could pump by a huge margin. As such, if this news coincides with a listing on Coinbase, the value of this coin could blow past the all-time highs of 2017.

While this is big news, all Cardano investors can do is wait. One thing is certain though, Cardano’s prospects in the market are getting better, and it could be a worthy hold in the long-haul.

Tron vs Cardano: The Battle of Becoming the Next Big Cryptocurrency: Cryptocurrencies seem to be on everybody’s lips nowadays, probably none more so than Bitcoin, the first and most valuable cryptocurrency to date. Be that as it may, as a crypto enthusiasts there are still a lot of other reasons to be excited as there are a plethora of other very interesting projects and coins out there.

Among the top 10 cryptocurrencies in the world, two projects managed to stand out mostly due to their unique potential for solving real-life problems: Tron (TRX) and Cardano (ADA). Both projects are led by people who can be arguably called real visionaries, and both have nothing short than exciting philosophies. Currently, Cardano ranks 9th on CoinMarketCap, while TRON is a bit lower on the 11th position.

Below, we will try to establish which one has the bigger chances of becoming the next big cryptocurrency.

Cardano (ADA)
Even though it hasn’t been on the market for long, Cardano displayed an immense growth during the last couple of months. It was created in 2016 by Charles Hoskinson, the co-founder of both Ethereum and Ethereum Classic. Not only that, but the team behind the project is comprised out of industry professionals from all over the world.

Cardano is a fully open source and decentralized blockchain and cryptocurrency project that has very high expectations. Its main goal is to develop a smart contract platform seeking to deliver more advanced features than any other platform of this type. It’s also worth noting that Cardano is the first blockchain project to have a scientific philosophy at its core.

One of the most important features of Cardano is the fact that it allows its users to add extra information and details to each transaction. Cardano does so by keeping the transaction and the information on separate layers (Settlement Layer and Control Layer), deciding to fill the details if and when it is relevant or necessary.

The governance system is also quite praiseworthy. Any upgrades or modifications on the network can be proposed in the library where all ADA holders can vote for or against their implementation. The project also boasts one of the most user-friendly wallets out there dubbed Daedalus.

Tron is a decentralized entertainment and content-sharing platform which uses both peer-to-peer (P2P) and blockchain technology. The project is the brainchild of Justin Sun, one of the most prominent and legendary figures in the cryptosphere.

The project’s main goal is to create a decentralized ecosystem where the content creator receives all the profit he or she has earned without relying on giant e-corporates. In short, it intends to create a worldwide free content entertainment ecosystem. If it succeeds, it means that nobody can get control over what can be or can’t be published. According to Tron philosophy, there is no need for companies such as YouTube, Facebook, Twitter, and Instagram, and empowering content creators of all kind to communicate directly to their audience.

Just like in the case of Cardano, TRON is also backed by what many might call a “dream team.” Every member of the team is highly qualified in their field of work. One of the key advantages of Tron is how much it encourages communication with its community for development purposes, ensuring a high level of transparency.

Another aspect worth considering is the fact that Tron’s target market is huge. There’s a very good chance that, if Tron picks up speed in its adoption rate, most of the people on earth will use it in a couple of years’ time. Tron may also lead to a much-needed decentralization of the gaming industry.

Conclusion
According to Coindoo, The main goal of any project, besides solving real-life problems, is ensuring an adoption level and enough coverage in order to secure a place at the top of the blockchain sphere. Both projects have managed this one way or another. Another thing to consider is the partnerships a company makes. This is another area where both projects have noteworthy results.

When it comes to adoption, TRON is arguably ahead as it is present on more than 100 markets compared to Cardano which only has 30 active markets. This also means that when it comes to chances to evolve and to push adoption even further, TRON is arguably going to have a lot more to gain than Cardano over the following period. However, in the end, both projects are revolutionary in their own particular way, and there’s really no saying who will win this “heated battle.”