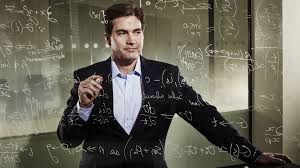 Who is Craig Steven Wright

Can Craig Wright Fake it Until He Makes It?

Dr. Craig Steven Wright, an Australian computer scientist, continues to set cryptocurrency news wires ablaze.
In early November, Wright threatened to bring the Bitcoin price down to $,1000. Wright has since rubbished work by the Litecoin Foundation on the Lightning Network, before more recently announcing plans to use Bitcoin Cash to fertilize his garden. However, serious doubts are being raised concerning Dr. Craig S Wright’s credibility.

On November 19th, 2018, Craig S Wright launched one of his now-famous Twitter tirades against the Ripple Foundation. Calling XRP developers and proponents “idiots,” Wright claimed that Ripple will never be considered a security. However, the Ripple Foundation didn’t bite.
As it stands, fewer and fewer people are willing to take Craig S Wright seriously. Moreover, there are several key reasons why.

In 2016, Craig S Wright identified himself as the famous Bitcoin creator, Satoshi Nakamoto. At the time, Wright proved this in a demonstration to the BBC. Specifically, using a signature produced by a unique private key believed to belong to Satoshi Nakamoto. However, Wright’s evidence doesn’t stack up.

However, the most damning doubts concerning Wrights’ claims arose in early 2018.

In early 2018, it was revealed in Florida court documents, that Craig S Wright stands accused of defrauding a former business partner of Bitcoin worth over $5 billion. Moreover, the ongoing case reads like a wrecking all for Wright’s credibility.
According to plaintiffs, Craig S Wright collaboratively mined Bitcoin with Dave Kleiman before the latter’s tragic death in 2013. However, after the 2013 death of Kleiman, Wright allegedly forged a number of documents to claim Kleiman’s share of their combined mining profits.

The Bitcoin Creator Who Can’t Get His Story Straight

Circumstantially, there is evidence to suggest that the late Dave Kleiman may have been the real Satoshi Nakamoto. However, the Wright Vs. Kleiman fraud saga took a more suspicious turn earlier in September.
Documents submitted as evidence by Craig Wright to investigators initially included details of several Bitcoin addresses. These, Wright claims, are addresses which hold the 1.1 million Bitcoin in dispute. However, independent analysis of each wallet has since revealed that none have any connection to Wright.
In one instance, a Bitcoin wallet address provided by Wright has instead been found to belong to Mt Gox founder Jed McCaleb. For this reason, it appears that Wright has submitted a list of random, publically available wallet addresses, which hold BTC deposits comparable to what investigators expect to see.

Other Evidence Against Wright Being Satoshi Nakamoto

The Future of Bitcoin will be Brighter Without Craig S Wright

In fairness to Dr. Craig S Wright, it is possible that he was involved in the original creation of Bitcoin. However, holes in the presented evidence and the ongoing Kleiman saga, cast severe doubts over claims that Wright is Satoshi Nakamoto. Instead, it seems more likely that Wright is currently using PR surrounding the Bitcoin brand, to leverage his own Bitcoin Cash SV fork.
Sadly, the purposeful confusion and arrogance which Wight has brought to the market in 2018, has only been to the detriment of what many consider the real Satoshi Nakamoto vision for the cryptocurrency.

The only question is, how much longer can the Wright rouse continue?