The crypto market cap recently touched the lowest level since mid-November of last year, with altcoins seeing the worst performance in months.

The cryptocurrency market capitalization fell to the lowest level since November 16, after Bitcoin (BTC) triggered a massive bearish movement. According to Coinmarketcap data, the crypto market has lost 11.6% during the last 24 hours, touching a daily low at $219.2 billion. In the last two weeks, the market has lost over a quarter of its value, declining by 27.5%.

The dramatic fall started after the US Securities and Exchange Commission (SEC) said on Tuesday that it moved the date when it would decide whether to approve a BTC exchange-traded fund (ETF) product proposed by CBOE. The deadline was set for September 30. The market sentiment suffered as investors hoped for a regulated Bitcoin ETF to bring in new funds in the industry.

Soon after the SEC announcement, Bitcoin left its daily peak of $7,144 and fell to the current level at $6,357, touching a daily low at $6,226. However, this is not the lowest level in months, as Bitcoin was trading below $6,000 at the end of June. It proves that the altcoins have had an even worse fall than Bitcoin, which helped the latter consolidate its dominance.

The dominance level of the largest and oldest cryptocurrency out there increased to 48.83%, the highest figure since December 20, 2017. 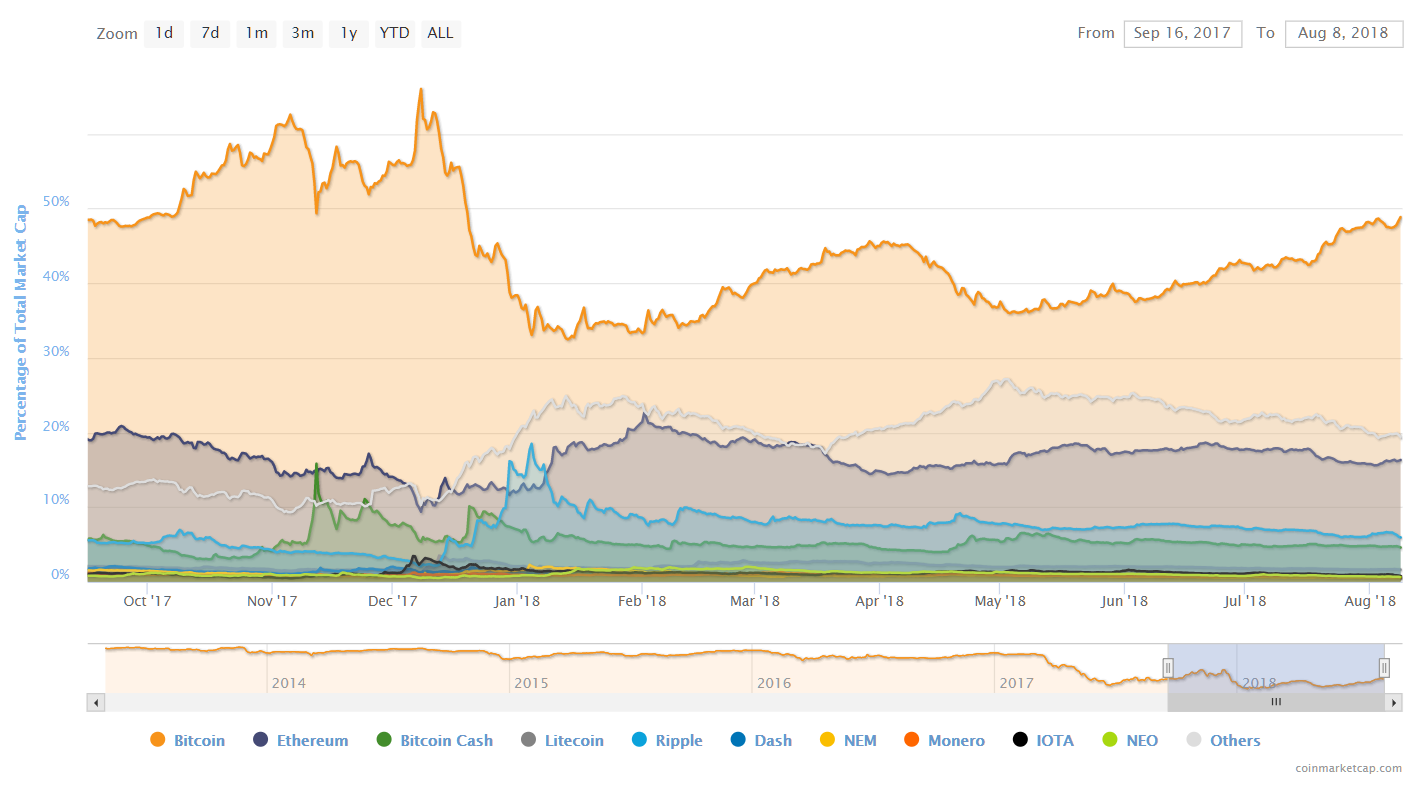 On Wednesday evening, Aurora was the only cryptocurrency in the top 100 coins to show a slight increase, with Tether being a stable coin. The altcoins crashed to the lowest level in 2018, with Ripple and Bitcoin Cash losing all their gains since December and November respectively.

However, this might not be the bottom, as the bearish trend might continue, especially because Bitcoin has more room to its support level.