A group of hackers called “The Dark Overlord” has issued a public threat that they will release in the open sensitive information related to the 2001 Twin Towers attack in New York. The group has asserted that it has access to data which would reveal unknown truths about the most massive act of terrorism on US soil perpetrated by Al-Qaeda.  It was last week that the group first announced that it had in its hand documents related to 9/11 attacks and wanted to exchange them for bitcoin. They have promised that as they go on receiving more funds from the public, they will keep up the data flow. The source of the information they are spreading seems to be hacks they have carried out on large insurers such as Lloyds of London as well as Hiscox group. These firms had an interest in insurance and reinsurance of nearly anything including the World Trade Center.

In a tweet last Monday the group had asked for a hefty ransom failing which they would make public the documents. In their words, they had about 18,000 records in their possession. Since then Hiscox Group has accepted that their lawyer’s offices have been hacked into and documents were stolen which were in some or other form related to 9/11 terror attacks. The Dark Overlords have published a set of texts and emails which mention various law firms as well as the Transportation Security Admini 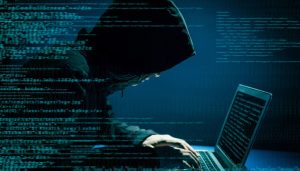 stration and Federal Aviation Administration. As yet one can see nothing terribly damaging in the documents.

The group has been unable to secure the ransom it had asked for. However, they accepted the $12,000 which the public had paid and released the first part of what seems to be first of many releases. Most of the counts discuss legal cases surrounding the terror attack and who could be sued for damages.