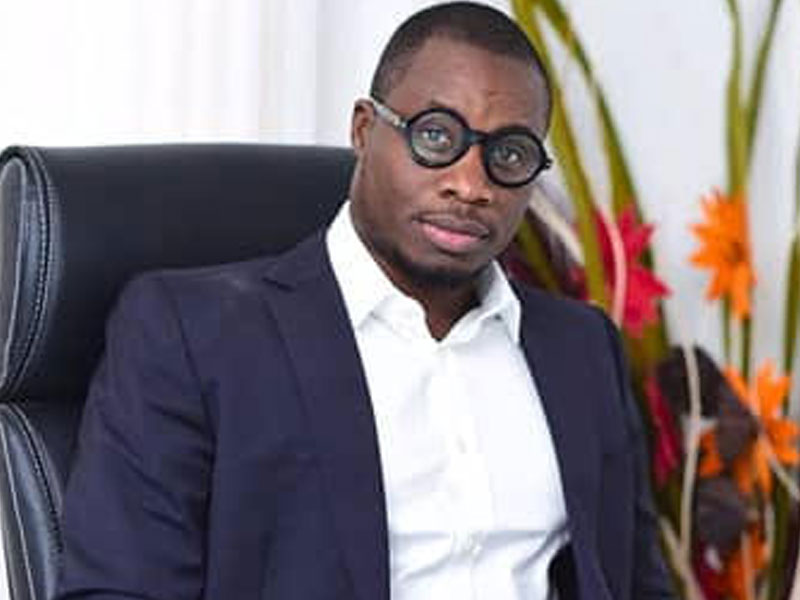 You just introduced a revolutionary gaming platform called Bingo9ja. What is it all about and how is it going to change lottery business in Nigeria?

Bingo9ja was introduced as a gaming platform that will revolutionise lottery business in Nigeria and make it more exciting to play and win big, using cutting-edge technology.
Being the first of its kind, Bingo9ja will specifically deploy Blockchain technology to change how people play lottery in Nigeria. The parent company, Ikorne Games, aims to make it easy for all gaming enthusiasts to play different kinds of lottery and classified games from the comfort of their homes either by using their Blockchain backed mobile phone app, Blockchain node integrated terminals or the USSD applications.
With the fast development and adoption of the Blockchain technology all over the world, Bingo9ja is looking at breaking popular conventions and stigma attached to playing lottery games, popular known as Lotto in Nigeria, thereby creating a “techy lifestyle” movement of gamers. Our intention is to use the ease and proliferation of mobile phones while leveraging on cutting-edge technology to make gaming more accessible to everyone.

Most countries of the world generate huge amount of money from gaming activities. What value is Bingo9ja bringing to the Nigerian economy?

Governments all over the world generate good money from gaming and we strongly believe that Bingo9ja will open up streams of revenue generation for the Nigerian government. Our plan is to help government see the value in gaming and generate money from Bingo9ja games. Gaming is one means through which government can generate good money and we intend to work with governments across the country to achieve this, beginning with the Lagos State government. Nigeria is a gaming economy and one of the things we want government to do is to provide the enabling environment where Nigerian gaming apps could be listed on the iOS and Google Play Stores, from where millions of people could download the app and play the varieties of games on our platform via their mobile phone devices. We are currently working with the Lagos State government to achieve this.

The federal government is keen at creating jobs for Nigerian youths. How will the Bingo9ja gaming activities complement government’s efforts in job creation?

What we are bringing to Nigeria will create a lot of jobs for Nigerians and also complement government efforts in job creation. For example we are planning to deploy over a thousand terminals, and each terminal gives one person an opportunity to have a job and also employ people to work at their terminals. For us, we see it as a huge job creation for Nigerians.

Nigerians perceive lottery games in different ways, based on their religious beliefs. While some do not see anything wrong with gaming, others feel it is against their religion. How do you intend to address this divergent views?

Most religions see gaming as gambling, but we are trying to erode such belief though constant advocacy and awareness drive. What most people do not know is that huge money can be generated from gaming, which the government could use to provide basic infrastructure for its citizens like schools, hospitals, roads, among others. In the United States for instance, gaming is huge source of money generation for the government and it is properly regulated.

Could you expatiate on the terminal and mobile aspect of the Bingo9ja gaming platform?

We have simplified gaming by creating different channels through which people could participate in our gaming activities. People could play the available games either through our terminals that are located in strategic positions on various streets and roads across states where Bingo9ja has been introduced, or from the comfort of their homes and offices, using their mobile devices. So it gives Nigerians the choice of either playing from the mobile app from any part of the country, or go to the nearest terminal to play the game. Although the biggest gaming market is with the mobile app, but we still started the terminal channel for those who will like to play from terminals located close to their streets.

How will Nigerians play to win in the Bingo9ja gaming platform and how often are draws carried out to produce winners?

It is basically N100. 00 flat rate to play the Bingo9ja games and we have five different games that people can play either via the terminal or the mobile device, which uses mobile app. Draws are done frequently and any amount won is redeemed either through the agent from where the customer played, using the terminal, or through electronic process where the money will be credited directly into the winner’s account, for those that played with the mobile app. There are no delays in payments.

What are the frequencies of draws on the Bingo9ja gaming platform and how often do winners get their money?

Draws are carried out three times daily. We have 12noon draw, 4pm draw, and 8pm draw. In any of the games, a winner must emerge in every draw.

What is maximum and minimum win for each draw?

We have a minimum win of N30,000 and a maximum win of N2.5 million. We have jackpot game where the minimum win will be N500,000 and the maximum is infinity until someone wins. Settlements of payment depends on the amount of win. The winner’s bank account will be credited if the winning cash is huge or the winner can collect instant cash from Bingo9ja office. if the winning money is handy.

What are the government regulations around gaming activities in Nigeria?

There are government regulations controlling gaming activities at the federal and state levels and we have gone through those regulations before we were allowed to introduce gaming in Nigeria. The Consumer Protection Council (CPC) is aware of Bingo9ja and we have its approval to carry out gaming activities in Nigeria. The Lagos State government has its way of monitoring our activities, having given us approval to introduce gaming in Lagos State. We are currently in the process of getting the federal government’s approval to enable us to be every where in Nigeria.

Having launched in Lagos State, what are your expansion plans to other states of the federation?

Yes we are currently in Lagos and Osun states, but we have plans to go beyond the two states as the market opens up.
We started with Lagos because it is metropolitan city and the commercial hub of Nigeria, but we have our expansion plan to roll out as the market grows.

We are using the Blockchain technology to drive our gaming activities on our platform, with the intention to bring every Nigerian on board to participate in gaming activities.
So we have made our technology simple and easy to use. People can log in with ease and play the games. Our backend is quite technical but the front end, which is where the user experience lies, is very easy to access and play the games of choice. We worked with professional who were able to make our app user friendly such that customers can log in and play the games without needing any assistance from us.

How do you see the adoption rate of Bingo9ja gaming activities, considering the fact that your competitors have penetrated deep into the Nigerian gaming space?

What we intend doing is to first build the trust of Nigerians around our gaming platform and let them realise that they can generate good money and also get paid as soon as any win is announced. We are aware of our competitors that started before us, but our strategy will define us and make Nigerians to trust us and believe in us. Our strategies are to make gaming a lot more of fun, simplify the gaming process and build trust around our brand.
The fact that we are using Blockchain technology to drive our gaming platform, we will be reaching out to more people.