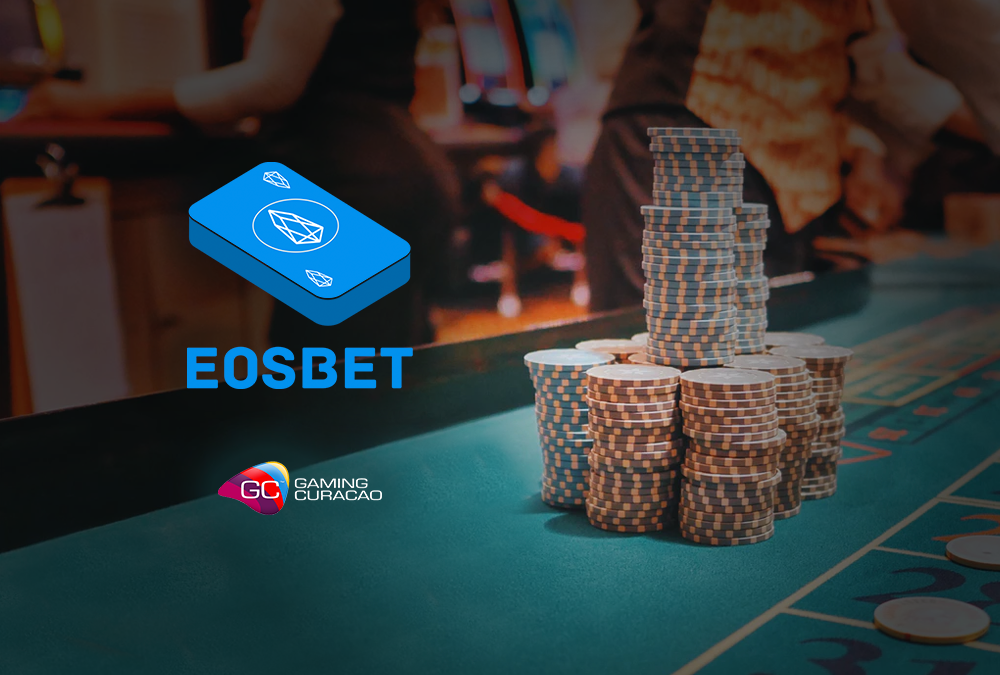 November 30th, 2018, Willemstad, Curacao – EOSBet is proud to announce that it has secured an official certification from one of the world’s oldest and reputable online gambling regulator, Curaçao eGaming. Having been granted a Master Gambling License from the states Ministry of Justice, the Caribbean regulator has exclusive powers that allow It so sub-license other gambling platforms.

Commenting on the project’s development, Frej from Marketing at EOSBet said,

“We’ve worked relentlessly to make this license succeed and we will continue to strive to be the standard for smart casinos”.

Built on a third-generation blockchain network, EOSBet smart Casino is an on-chain gambling dApp (decentralized application); here players can wager their EOS tokens on either a dice throwing game or a uniquely designed baccarat game.

EOSBet is presently experiencing betting volumes of over $5 million USD, which according to statistics gathered by dappradar and trackers, makes the platform the top-rated dApp on the EOS network. Originally, the platform was built to address fundamental flaws that are typical of existing centralized gambling platforms such as slow gameplay, high fees, and unfair house advantages. By tapping the EOS.io blockchain, EOSBet provides users with instant transactions, near zero latency and zero fees.

EOSBet is positioning itself as the first ‘community-driven online Casino’; it does so by allowing holders of the platforms native BET utility token to receive instant dividends in EOS, collected from 100% of the profits made on EOSBet. These payouts are calculated and distributed based on the number of BET a token holder owns; by October 26th, EOSBet had already reportedly paid out $1 million USD in dividends, which came after a mere 2 months of the platform going live.

The platform is also host to a generous refer-a-friend scheme that grants users the 0.5% of their referrals bets, and furthermore, the referred friend receives a 0.5% bonus on their wins, leaving no reason to not be referred to the platform.

The Curacao license entitles EOSBet to operate all forms of interactive gambling. The Company is the first of its kind to receive a license and will benefit from the trustworthiness instilled in it thanks to the recognition of a respected gambling authority.

Since the beginning, users have made almost 10 million bets, with a total of over 70 million EOS wagered, bringing the platform close to a major milestone in a very short amount of time. Furthermore, the project has recently announced a new game that is in its final testing phase on top of a website overhaul.

EOSBet has been expanding its team, finalizes structuring and licensing, as well as forming strong and meaningful partnerships that fit into the long-term vision of EOSBet.

EOSBET is the source of this content. Virtual currency is not legal tender, is not backed by the government, and accounts and value balances are not subject to consumer protections. Cryptocurrencies and tokens are extremely volatile. There is no guarantee of a stable value, or of any value at all.