Monero [XMR], the tenth-biggest cryptocurrency by market cap, has been pleading for mercy from the bear’s rage while bleeding non-stop in the market. The cryptocurrency which got caught by the bear last week along with all the top cryptocurrencies such as Ethereum [ETH], Litecoin [LTC] and XRP, showed signs of survival as it glowed green for a short-duration.

According to CoinMarketCap, at press time, Monero [XMR] is trading at $68.51 with a market cap of $1.13 billion. The most sought privacy coin has a trading volume of $27.21 million and has plunged by 30.47% in the past seven days.

Bollinger Bands indicator pictures the bands coming closer to each other, predicting that a massive price out-break is highly unlikely.

Parabolic SAR are demonstrating that the bull is currently trying to win against the bear as the dots are aligned on top of the candlesticks.

Chaikin Money Flow is trying to help the bull as it shows that the money is flowing in to the market. 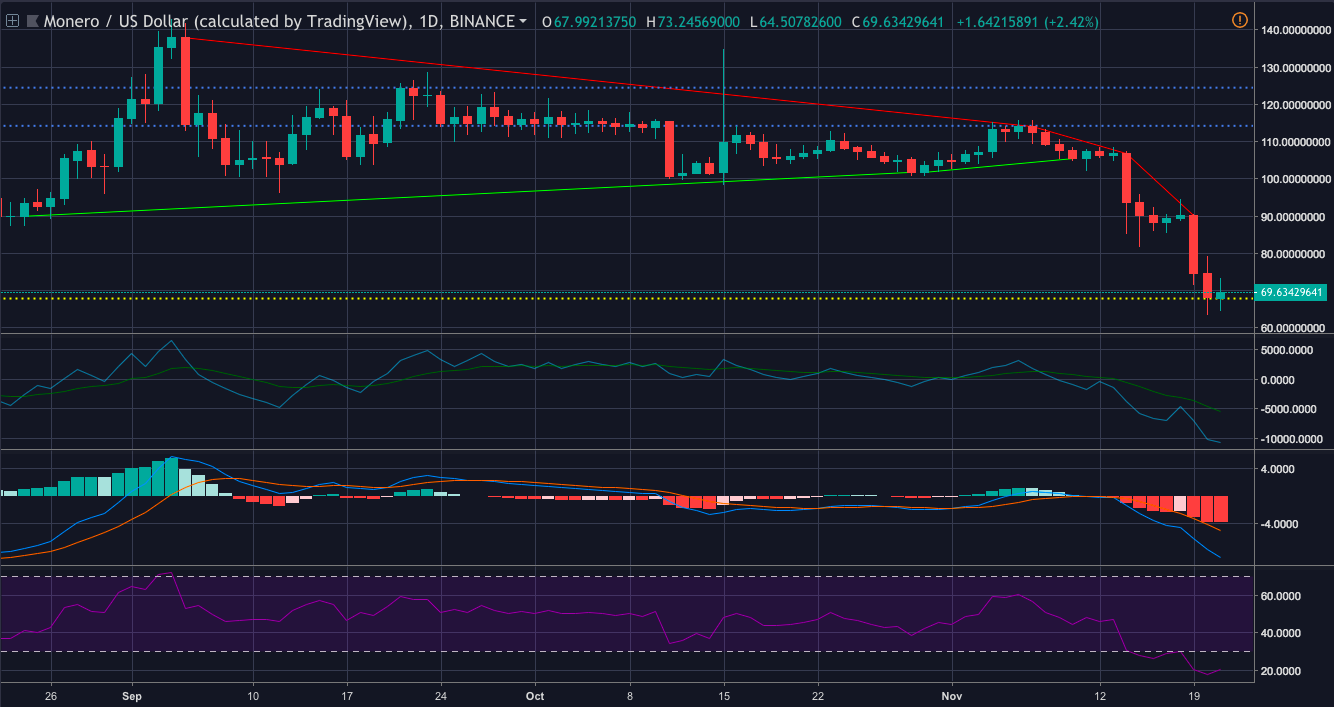 Klinger Oscillator is predicting that the bear is going to win the battle as the signal line is below the reading line.

MACD is also on the same, as the moving average line is below the reading line, predicting the bear’s imminent win.

RSI shows that the selling pressure is more than the buying pressure, adding support to the bear’s win. However, it also predicts that there could soon be a trend reversal.