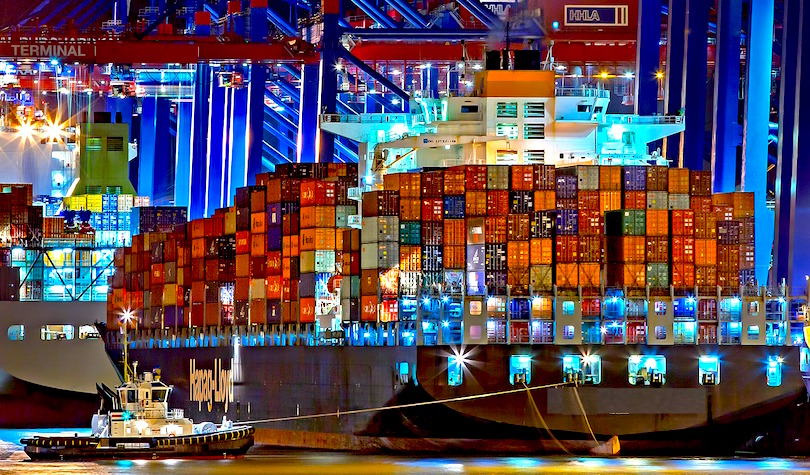 Dutch banking group ING is gearing up for a year of more blockchain-based initiatives in 2019 to expand programs for trade and commodity finance in several sectors including energy, crude oil, soybeans, metals and mining.

ING, which has been experimenting with digital ledger technology on its Easy Trading Connect (ETC) platform since 2017, says blockchain innovations and their growing networks are outperforming centralized models.

While plenty of eyes in the blockchain and cryptosphere have been monitoring updates from Bakkt, the upcoming cryptocurrency trading platform from Intercontinental Exchange – the parent company of the New York Stock Exchange – ING is betting on Vakt.

A blockchain-based, digital ecosystem for physical post-trade processing, Vakt is on the precipice of shaking up commodities in 2019 by transforming the trade lifecycle and streamlining transactions.

Launched by a consortium of nine energy majors, independent traders and banks, Vakt is based on Quorum, JPMorgan’s enterprise-focused version of Ethereum is designed to eliminate duplicate data sets and paper contracts. Strategic alliances with Deloitte and software company ThoughtWorks round out its powerhouse base of support.

By the end of the year, the platform will be linked to Komgo for commodity trade finance, allowing banks to offer blockchain-based financing solutions to Vakt users.

Privately launched with BP, Mercuria, Equinor, Shell and Gunvor its first users, Vakt plans to open to the wider market in January and will be linked to Komgo by the end of the year, allowing banks to offer blockchain-based financing solutions to Vakt users.

According to the company’s announcement,

“Though the initial launch is limited to trade specifically in BFOET crude oil contracts, VAKT’s ambition is to extend the platform to all physically traded energy commodities. The company is building its roadmap in response to industry need but has US crude oil pipelines and Northern Europe refined product barges slated for launch in early 2019.”

“Digitalisation is changing how the energy value chain works. It’s an exciting time. Collaboration with our peers and some of the industry’s key players is the best way to combine market expertise and achieve the scale necessary to launch a digital transaction platform that could transform the way we all do business. Ultimately the aim is improved speed and security, which benefits everyone along the supply chain from market participants to customers.”

In addition to backing Vakt, ING is expanding its other blockchain initiatives that are focused on commodities trading.

In an interview with Fastmarkets, Arnoud Star Busmann, ING’s program director for trade and commodity finance, blockchain innovation, said an early pilot with energy trader Mercuria to send African crude to a buyer in China using ING’s trade financing, led to a collaboration with other heavyweight leaders in the energy sector: BP, Shell and Equinor (formerly Statoil).

They formed an Ethereum-based blockchain for real-time settlement of physical energy transactions. The decentralized network, which has dramatically reduced increased efficiency on both the banking and trading sides of the transaction, includes trading houses Gunvor, Koch Supply & Trading and Mercuria, along with banks ABN Amro and Société Générale.

According to the report,

“The experiment showed that the average time for a bank to complete its role in a transaction went from about three hours to just 25 minutes. For traders, efficiency went up by a third, with user experience evaluations far higher than expected, Star Busmann said. As the prototype uses blockchain technology and is designed for paperless trade, the risks throughout the process have also been reduced.”

The platform became a blueprint for other commodities, with ING engaging global merchant giant Louis Dreyfus in 2018 to test agriculture. A pilot test moved soybeans from the US to China, with banks Société Générale and ING.

“Time spent on processing documents and data has been reduced fivefold, from hours to minutes.”

“We built a quite advanced prototype in which we could fully digitalize a soybeans transaction, including all the data, all the documents but also the actors that are part of it, from the commercial process, the financing and through to the regulatory aspects.”

“The platform’s success demonstrates the immense potential of distributed ledger technologies to advance commodity trading and financing. So I’m sure there will be a sequel to that.”

Komgo SA, a larger trade finance consortium that aims to develop a decentralized Ethereum-based platform, includes 15 of the world’s largest institutions, including international banks ING, Citi, and Rabobank, along with trading companies and oil giants such as Shell. Established in September, the international bulk goods marketplace is using blockchain to push through administrative bottlenecks and a morass of burdensome paperwork to digitize trade financing.

Up next for ING: an exploration of supply chain traceability for metals and mining.

“The ability to prove the origin of the commodity and the responsible sourcing elements becomes very critical. Given that there’s a big pain point, you can conclude we should be looking at that as well.”

“There’s a huge opportunity in using blockchain to bring more control over inventory movements, and I’m aware of some initiatives in that sector in the metals and broader commodities domain.”

ING, Komgo and Vakt are members of the Enterprise Ethereum Alliance (EEA).

Join us on Telegram


Check Out the Latest Headlines