The end of the week saw a marked difference in the cryptocurrency market with altcoin prices varying drastically, surprising investors as well as enthusiasts. According to CoinMarketCap, the biggest gainer during the 16th August-17th August window was VeChain, with a startling 72.37% gain in value. Reports suggest that the surge in prices are a stark contrast in the bearish market, where the prices have been on the downflow for the past one week.

At the time of writing, Vechain was trading at $0.014 with a market volume of $92.660 million in the past 24 hours. The market cap was holding at a value of $785.661 million, a relatively minimal shift from the earlier $825.550 million. Experts have attributed the cryptocurrencies astronomical shoot-up to its recent slew of developments that saw the VeChain Mainnet launch, the company’s wallet release and the extensively covered VeChain token swap.

Another major coin on the cryptocurrency charts that basked in the sudden bullish price surge was Lisk, which witnessed a climb of 21.07%, a transition that experts link to the recently announced migration of the Lisk Core. Lisk had revealed that the migration of Lisk Core 1.0 to the final Mainnet will take place on 29th August. 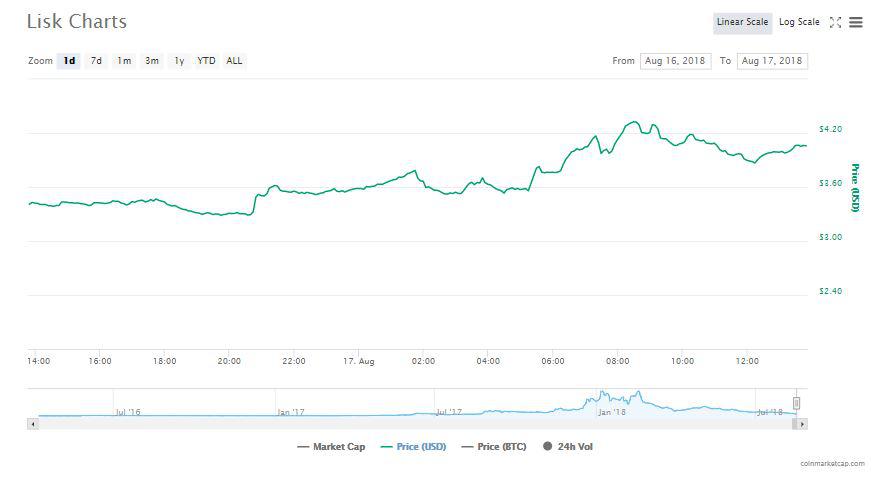 Another popular altcoin on the price hike train was Ontology. The coin has been on quite the roll over the past seven days, with multiple developments driving up the fan following as well as the metaphorical stock of the network in the cryptocurrency market. Ontology was the second biggest gainer in the 24-hour window just after VeChain, with a boom of 36.93% on the bullish side.

At press time, Ontology [ONT] was trading at $1.99 with a market volume of $151.292 million. Experts have credited Ontology’s partnership with Spokkz, the launch of the OWallet and the addition of the ONT token on Ledger as some of the reasons for the price hike. 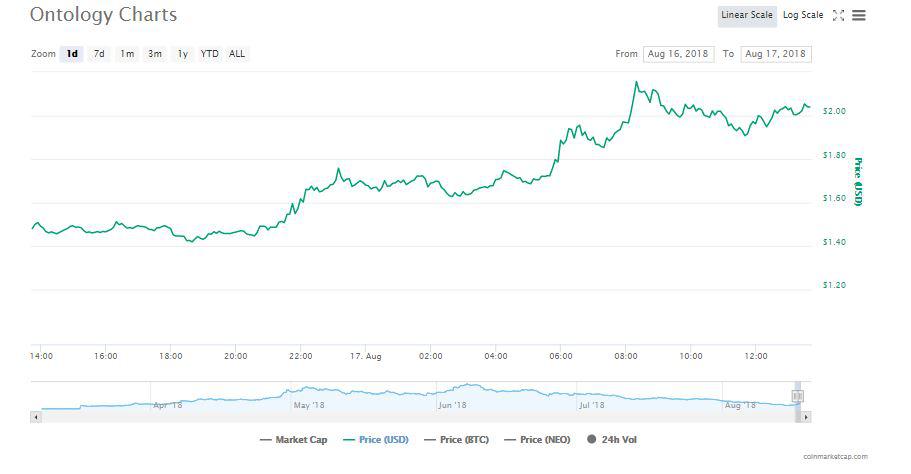 On 7th August, Ledger had announced that their cryptocurrency wallet will now support the transactions of Ontology on the platform. The company has also said that the Ledger support via its desktop wallet will be released as soon as possible with updates in the pipeline.