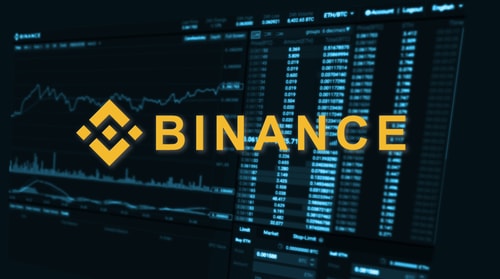 Despite what many people in the crypto space think about Ripple, there’s no doubt that it’s proved its willingness to hang in there and even outshine many of the other ‘real’ cryptocurrencies during this bear market cycle.

In September, while most crypto-coins were suffered from low volumes and continually declining prices, the Ripple community pumped XRP up by more than 200% and helped it achieve prices it hadn’t seen since April 2018. This massive run also led to Ripple overtaking Ethereum as the number two cryptocurrency by market cap.

The strong performances put forth by Ripple in spite of the current bear market is a testament to its growing popularity and relevance within the crypto space.

This is most likely the reason why Binance recently added XRP as a base pair on their exchange:

We will be adding a couple trading pairs with XRP as the quote currency shortly.

And rename ETH markets to ALTS market. Running out of space on the UI.

This is a huge milestone achieved for XRP and the crypto space. As CZ stated, the addition of XRP as a base pair now changes how traders view the altcoin markets. For the longest time, ETH was the single base pair for the majority of Altcoins, and therefore most people defined the altcoin market in price matter of ETH. This was mostly because ETH was used in participating in ICOs over the past two years.

Now with XRP as a base pair, the altcoin market will become more diverse, which represents progress for cryptocurrencies as a whole.

The Rising Volume Of Ripple

The addition of XRP base pairs should also help boost the trading volume of XRP. Now that traders can swap their Altcoins for XRP, we should see more XRP buyers and sellers in the coming future. Whether this will have a positive or negative impact on the price of XRP remains to be seen, but it should certainly have an effect on the trading volume.

As far as market cap rankings, the addition of XRP base pairs may help widen the ~$2 B gap that already exists between XRP and ETH, putting XRP more firmly in the second place position behind Bitcoin.

Ultimately, despite claims of centralization and lack of proper utility, XRP is proving to be a valuable cryptocurrency amongst its supporters. As the other top-10 coins continue to develop their communities and compete for dominance, we may see more base pairs created on major exchanges for coins that achieve the same level of popularity as XRP.